The Seventh-day Adventist Church in North America shares here coverage from the 2022 General Conference Session held on June 6-11, in St. Louis, Missouri, U.S, that highlights news and information that may be of particular interest to our church members and leaders in the NAD. To read the articles, click on the headlines.

Please enjoy this material, and let's remember to pray for each other as we focus on the theme "Together in Mission: I Will Go."

With a North American Division Focus

The first division report presented at the 2022 General Conference Session was from the Seventh-day Adventist Church in North America (NAD). In the morning on June 10, the NAD officers, president G. Alexander Bryant, secretary Kyoshin Ahn, and treasurer Randy Robinson, introduced the video report that concentrated on the quinquennium (2015-2020) plus the past two years — largely told from the perspective of church members and leaders from across the division.

On Wednesday afternoon, June 8, 2022, the General Conference (GC) in session voted to accept the nomination of G. Alexander Bryant as president of the Seventh-day Adventist Church in North America. Bryant is the incumbent; he began serving in July 2020 when elected by the GC executive committee.

During the evening business meeting at the 2022 General Conference Session in St. Louis, Missouri, North American Division (NAD) executive secretary Kyoshin Ahn and treasurer Randy Robinson were reelected to their positions when the delegates voted to approve the nominating committee recommendations for all 13 division secretaries and treasurers. The two are slated to serve the 2022-2025 term.

On June 7, 2022, Richard Stephenson, director of Information Technology Services (ITS) for the North American Division, was voted associate treasurer, technology operations and strategy, by the General Conference in session. He joins eight incumbents and is one of two newly elected individuals in the General Conference Treasury department.

I realize that General Conference Session and fun aren’t always considered synonymous. Admittedly, if you speak with me during business sessions, "fun" isn’t my first description of the experience. However, another word for General Conference is "family reunion." (OK, two words.)

In the morning on June 6, 2022, day one of the 61st General Conference Session (GCS) of the Seventh-day Adventist Church, Adventist world church president Ted N.C. Wilson delivered his president's report, which provided a comprehensive overview of the significant events and achievements of the world Church during the past seven years. 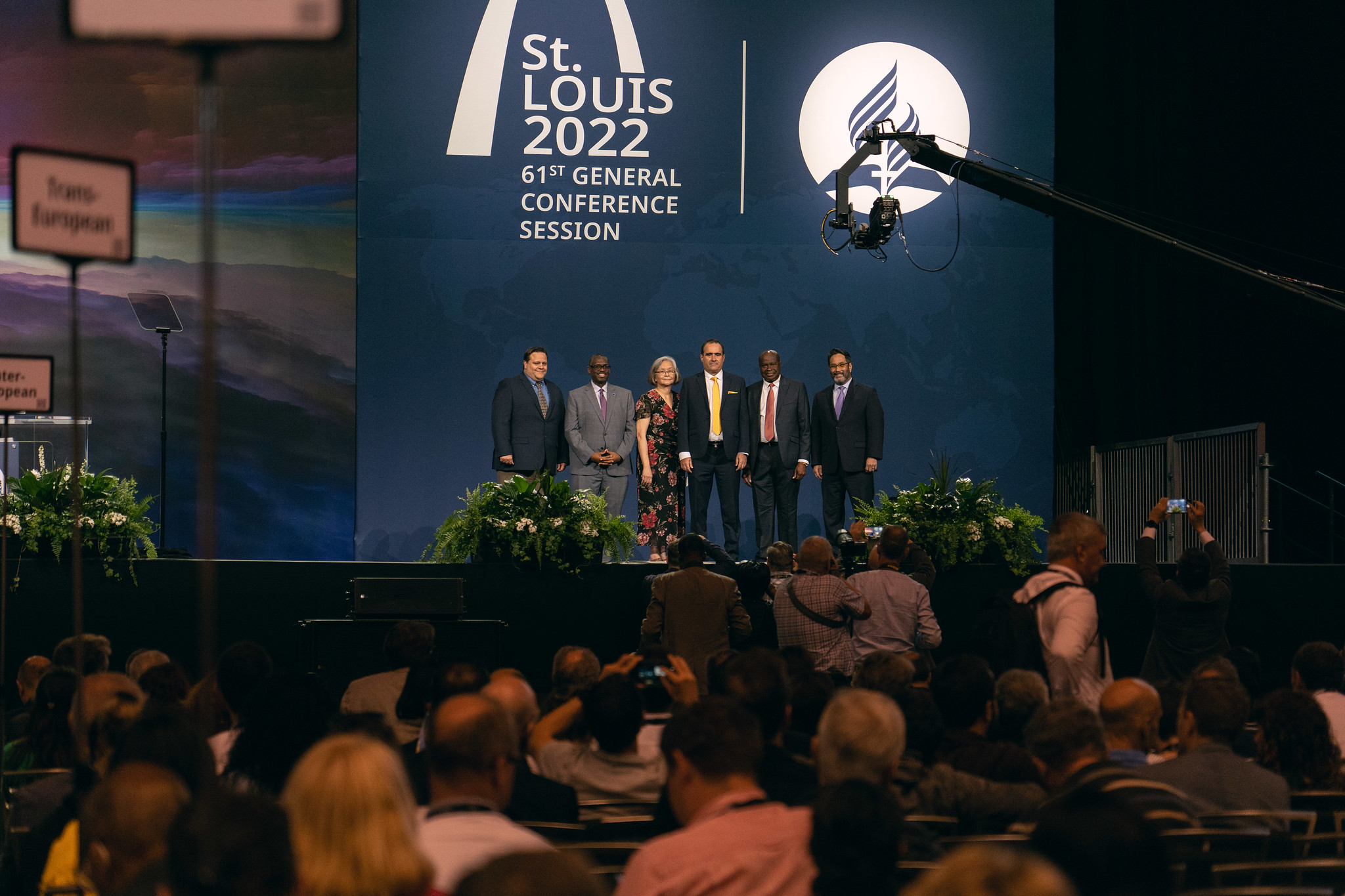 In addition to voting to reelect Ted N.C. Wilson to his third term, the 2022 General Conference (GC) in session, through the course of several days, has voted to reelect the world church executive secretary, treasurer, undersecretary, and undertreasurer. One of the six people who were elected as associate secretaries is new to the role, while two of the six elected associate treasurers are new to the position.

At the NAD CALLED Convention, Pastors Pitch Evangelism Ideas for an Opportunity to Earn Funding

On June 22, 2022, in Lexington, Kentucky, the North American Division Ministerial Association awarded a total of $120,000 to 15 pastors as part of an “evangelism shark tank” competition for innovative soul-winning ideas.

A Sweet Singer in Israel, Walter Arties III, Passes to His Rest

“Some people have a dream to do something special and then they work and plan and negotiate and just keep pressing and twisting arms until enough people say ‘Yes!’ They do what they dreamed. This was Pastor Walter Arties and his dream — Breath of Life!” ... The dreamer, the man with the velvet vocals, Walter Eugene Arties III, passed away June 26, 2022, at age 80.

At the CALLED convention PK Journey event, the warmth of colorful ambient lights, and the gentle glow of a giant video screen illuminate 400 young faces in the darkened auditorium. Some are in their seats, others have come forward to be closer to the front during praise time.

“Why Does the Church Exist? Do We Draw People to Jesus?”

It’s afternoon at the CALLED Convention and the bustling lunch crowd is starting to disperse. A few of the remaining wanderers pause under the bright blue CALLED banner to check today’s schedule of events. Guests who didn’t plan ahead are faced with a choice. Which of the many educational seminars will they visit this time?

Veteran historian and educator, Brian E. Strayer, at Andrews University would famously offer in class a reward of $100 to any student who could find a photograph of Sarah Lindsey (1832-1914), the first woman licensed as a Seventh-day Adventist minister. This challenge remained until a recently discovered photograph in the George I. Butler Collection at Loma Linda University provides a picture of a “Sister Lindsey.”