A Conversation on Racism and Adventism with NAD Leadership from NAD Adventist on Vimeo.

Day of Prayer for Racial Justice and Equality

On Sabbath, June 27, 2020, the leadership of the North American Division of the Seventh-day Adventist Church is asking its members, churches, ministries, and services to join in a special day of prayer for the deep hurt and frustration that racial injustice and inequity have caused in North America. MORE

Below are some suggested resources for local churches and members as they have discussions on racial justice and equality.

More resources may be added to this list as they become available. The majority of these resources have been compiled by Carmelo Mercado, vice president and Multicultural Ministries department director of the Lake Union Conference, and Dave Gemmell, associate director of the North American Division Ministerial Association. Please note: Not all of the listed resources are officially endorsed by the Seventh-day Adventist Church.

General Conference and World Division Statements and Resources on Race

The guide starts with a short film depicting what a black man experiences in his brief interactions with people in everyday life. There are discussion questions based upon each scene in the film.

The workbook enables users to learn more about one of the significant barriers to reaching goals of diversity, community, and equity.

Scriptural Passages from Which to Build Sermons

* More resources may be added to this list as they become available. 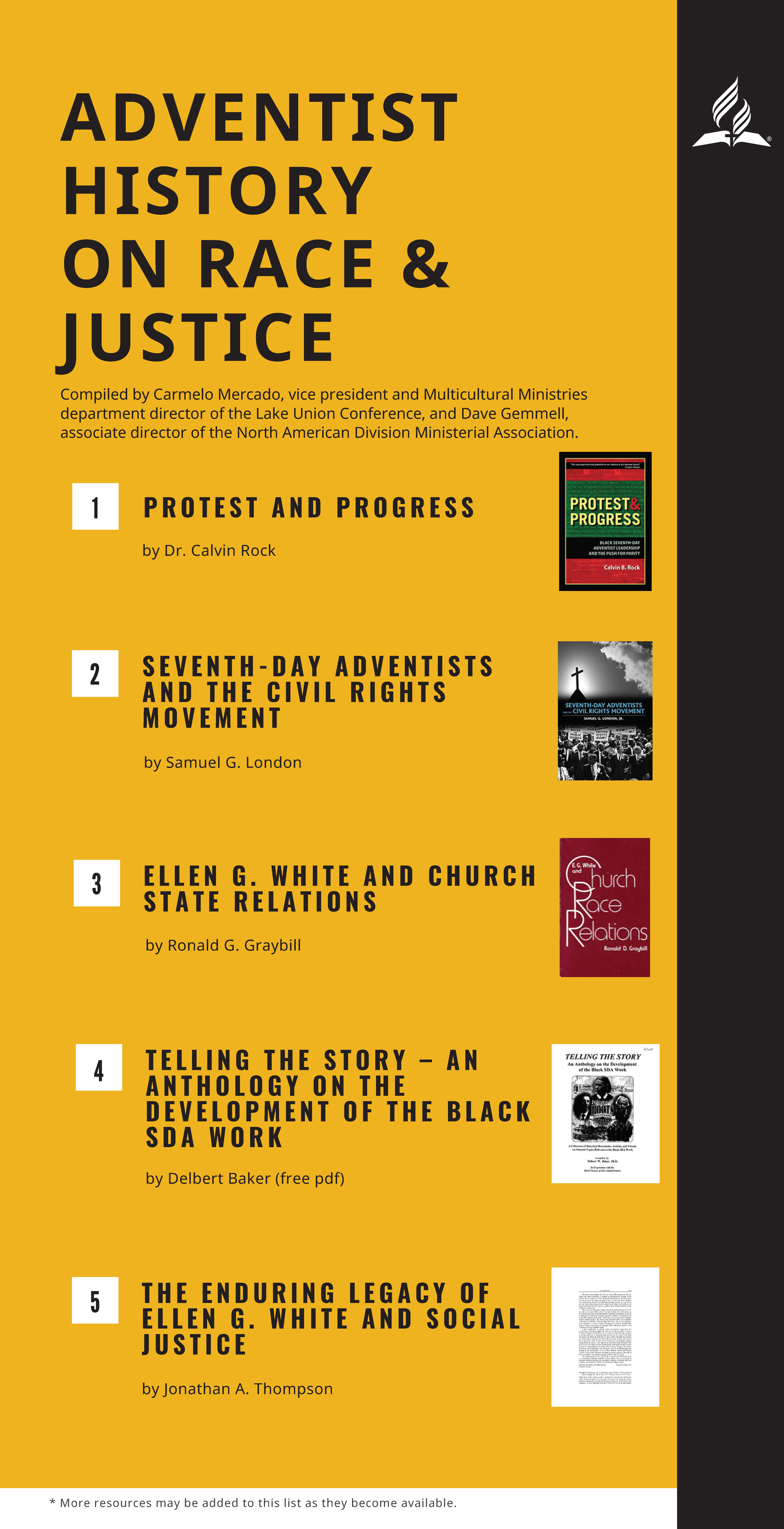 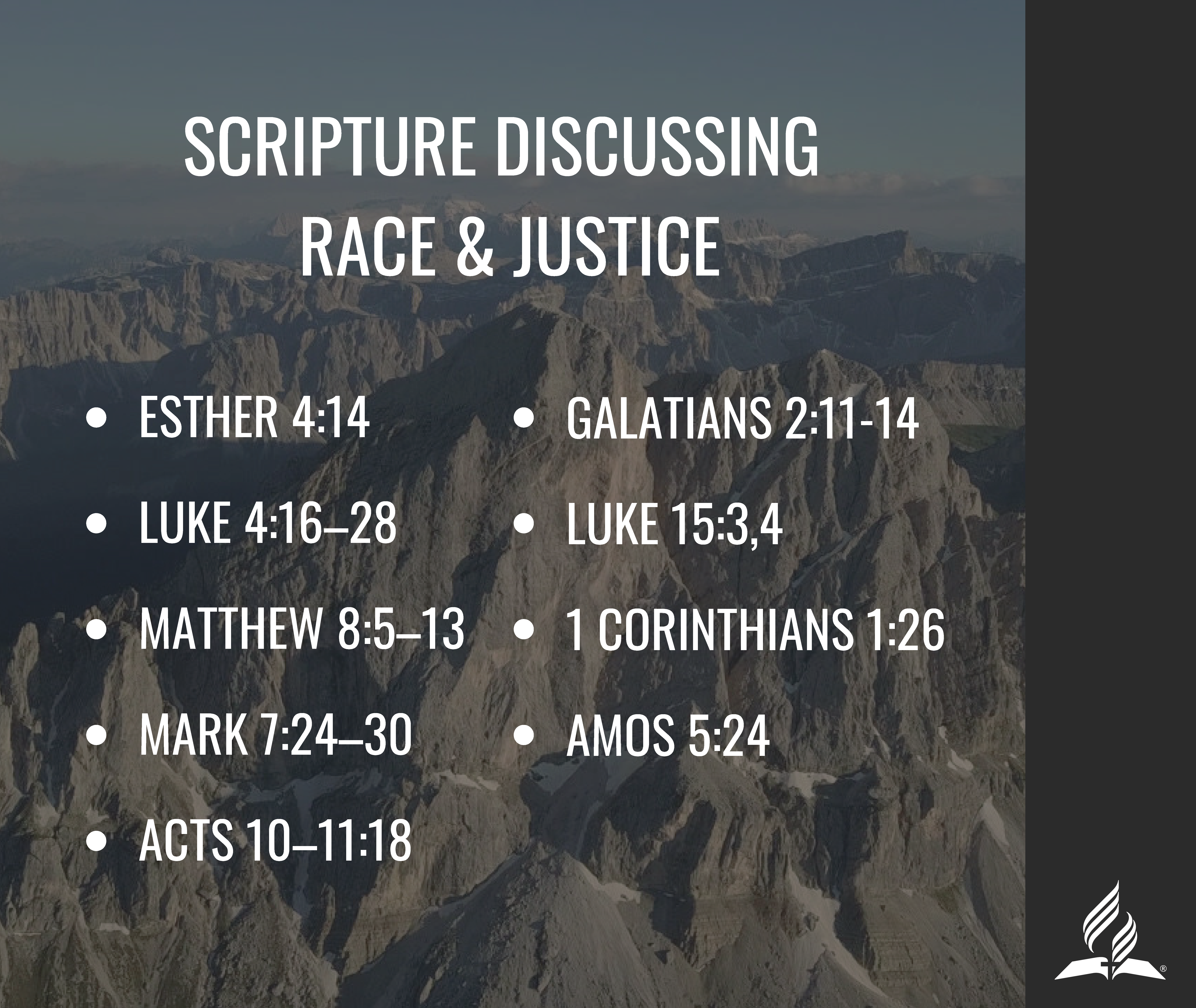