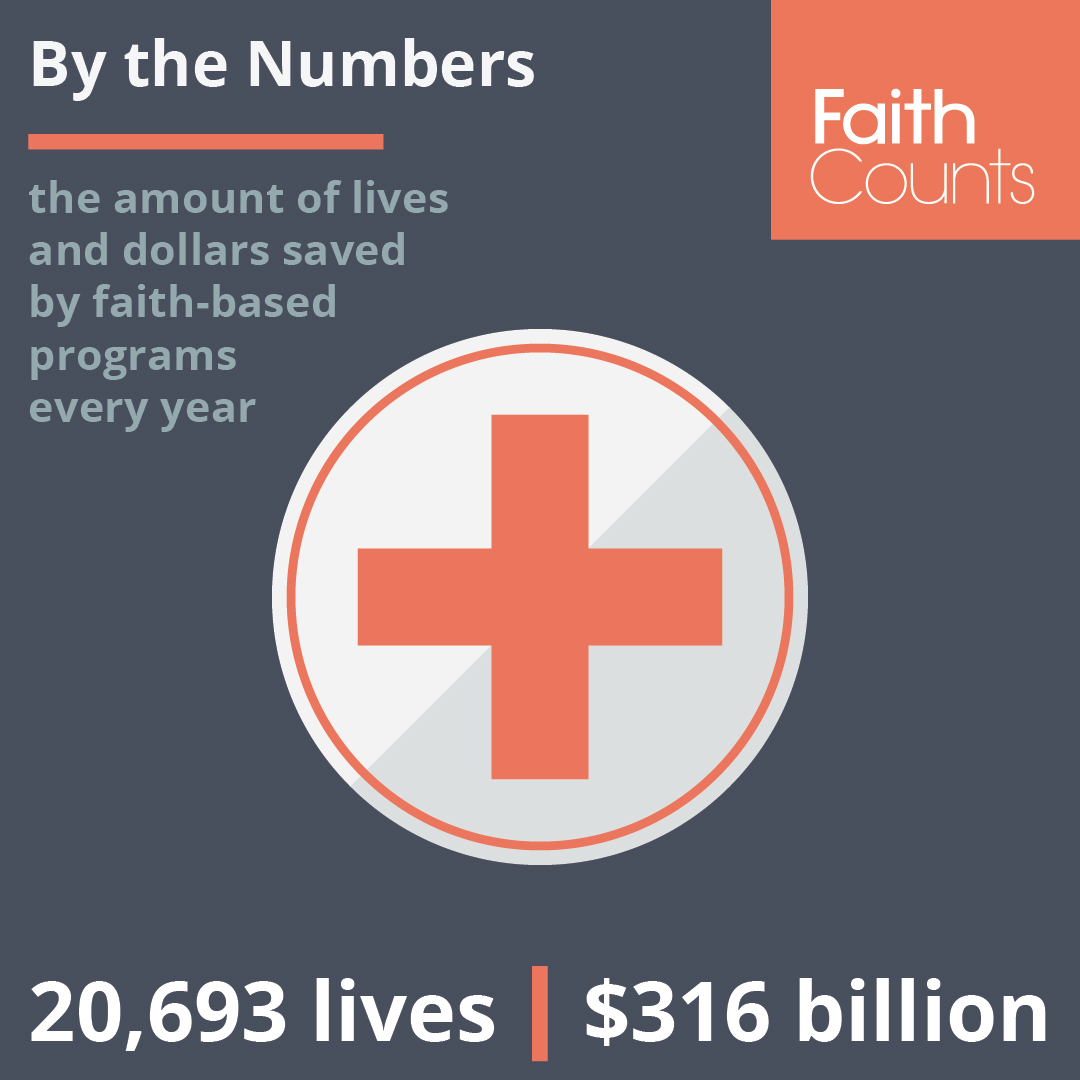 A new study led by sociologist Dr. Brian Grim of Baylor University and published in the Journal of Religion and Health looks at the role of religious and spiritual faith in preventing and recovering from substance use disorder.

At any given time, there are 20 million Americans afflicted with a substance use disorder (SUD). And tragically, each year, about 158,000 die from alcohol or drug-related deaths.  However, as we head further into National Recovery Month, one of the most effective tools to prevent and/or recover from addiction is often overlooked — faith. And when it comes to long-term recovery, faith-based programs are a driving force. 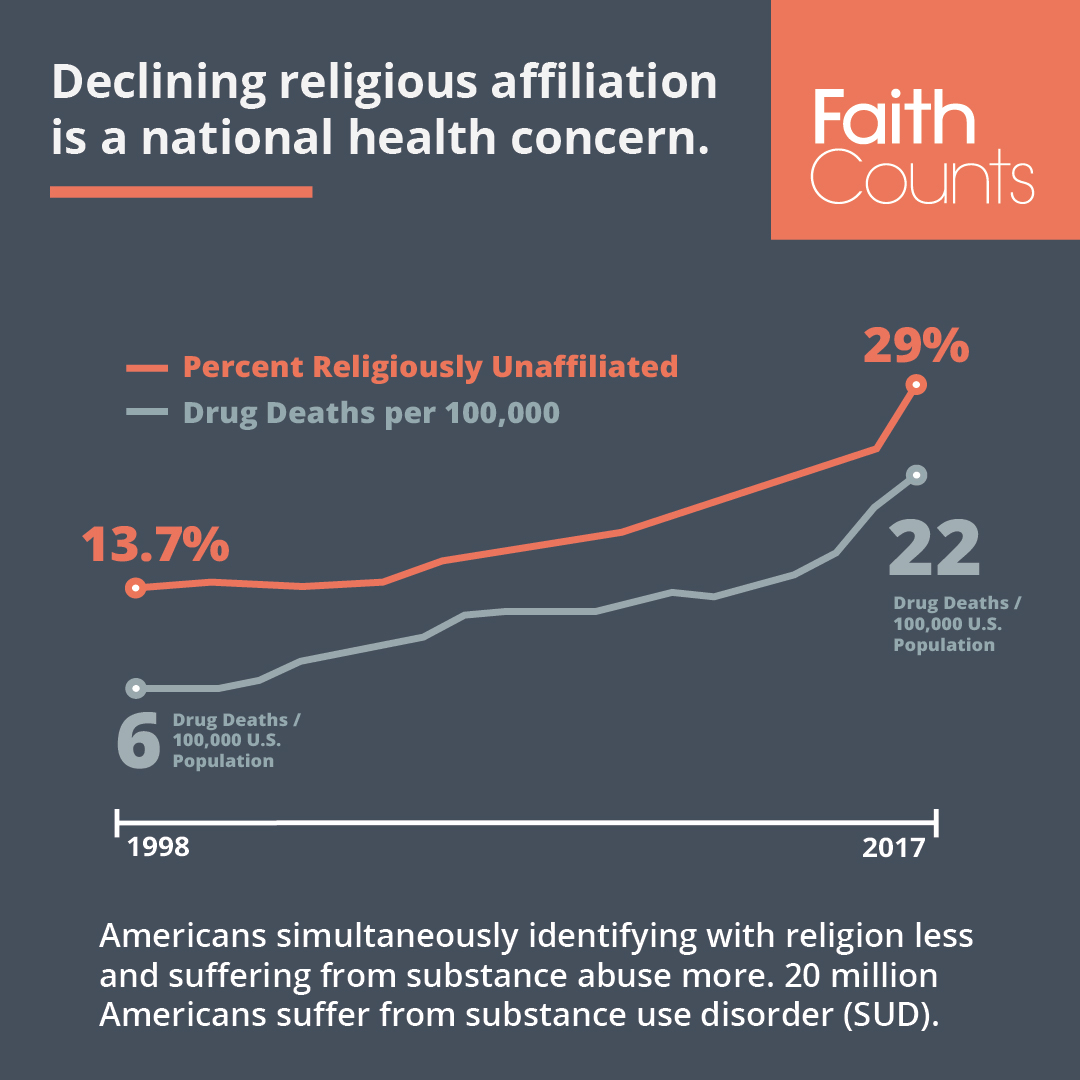 The study found that 73 percent of substance abuse treatment programs incorporate spiritual components such as 12-step programs. And congregations, through their support of recovery programs, provide $316 billion in savings to U.S. economy every year, the study shows.

“Belief, Behavior, and Belonging: How Faith Is Indispensable in Preventing and Recovering from Substance Abuse”is the second in a series of studies from Faith Counts, a nonprofit, multifaith organization aimed at promoting the value of faith.

“In our review of hundreds of studies and extensive data, we found that religious beliefs, behaviors and belongings significantly reduce risk of substance use and significantly help recovery,” states Grim.

Grim also emphasizes, “while in the latest Gallup survey only 46 percent of Americans think that religion can answer today’s problems, the reality is that religion provides answers for one of today’s biggest problems — addiction.” Part of the misperception revealed by Gallup is that fewer people are affiliated with religion today, resulting in less experience with faith and its positive impacts. Indeed, the study concludes that the decline in religious affiliation presents a growing national health concern because the growth of disaffiliation is concentrated among Millennials and young adults, who are also the highest percentage of any age group to have a substance abuse disorder. “In a sense, the antidote is being rejected by the very people who need it most,” said Grim. 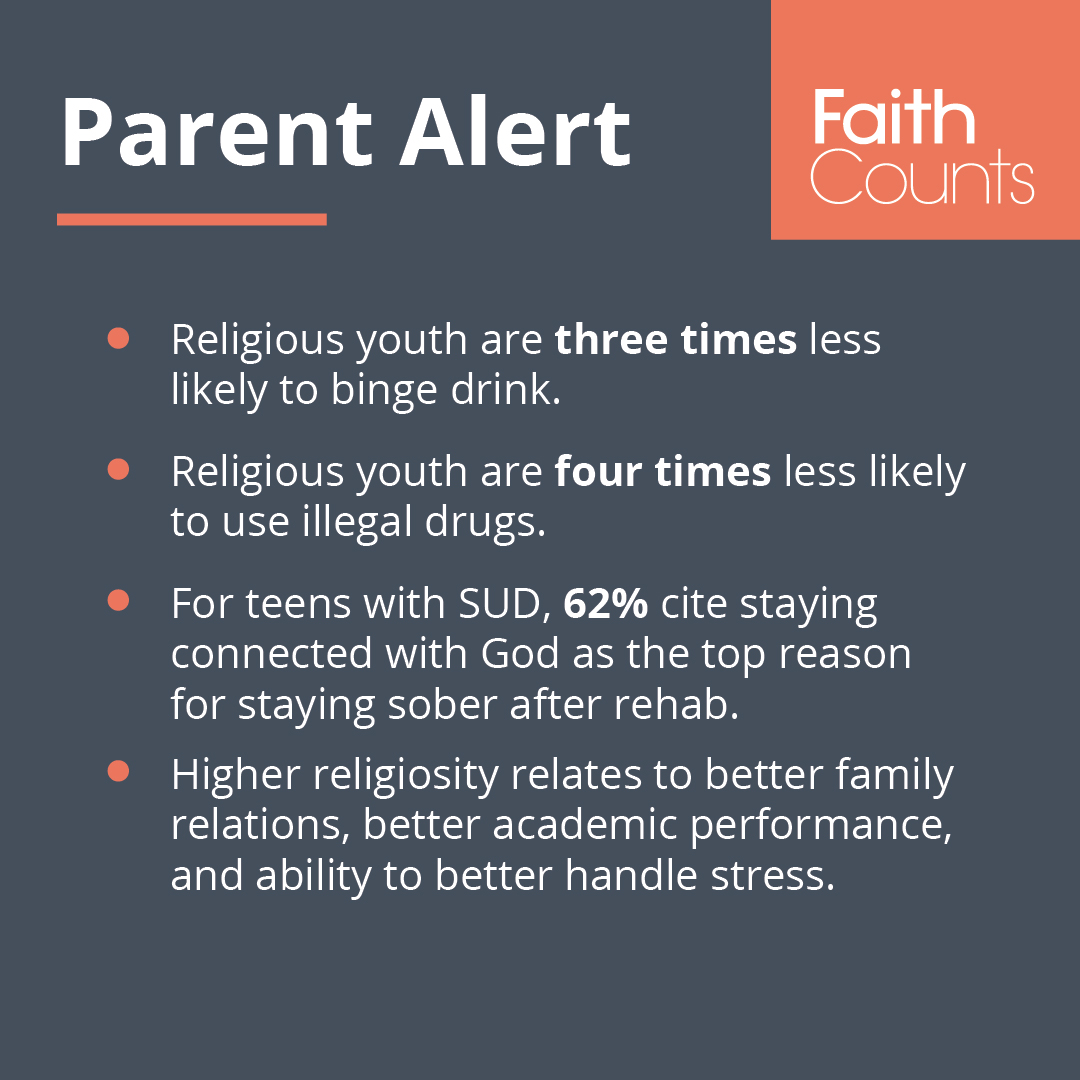 Nearly 90 percent of studies find that faith reduces alcohol abuse risk and 84 percent of studies show faith reduces drug abuse risk, according to Grim’s research, while less than 2 percent show religion contributes to substance use disorders. It is clear that religion and spirituality —which the study refers to collectively as faith — are exceptionally powerful, integral, and indispensable resources in substance abuse prevention and recovery. Religious beliefs, practices, and ministries not only provide succor and solace to those in need; they provide tangible, valuable resources that can help prevent and address substance abuse.

Regarding the current opioid crisis, Grim is careful to point out that the study is primarily about prevention and long-term recovery from alcohol and certain types of drug addiction. He states, "It is important to note that the opioid crisis presents a different and unprecedented set of challenges that require a unique approach to treatment for substance use disorder that may include medication assisted treatment." Grim also adds, “Indeed, I want to be very clear that we are not conflating recovery from alcohol and other narcotics with addressing the opioid crisis."

While overall medical intervention for SUDs is life-saving and critical, this study shows that faith organizations are uniquely capable of providing the “wrap-around” care and community necessary for long-term recovery. Kerry Troup, communications director for Faith Counts, states, “We at Faith Counts see this study as yet another positive proof point of the tremendous social good that individuals and organizations of faith provide for society.”

The research shows that the efficacy of faith includes not only the behaviors people engage in (or don’t engage in) because of their faith and the support people find in their belonging to faith communities but also people’s religious and spiritual beliefs.

Faith Counts is a nonprofit, multifaith organization with the sole mission to promote the value of faith. Faith Counts partners include a diverse faith community, including Seventh-day Adventist Church in North America. The centerpiece of Faith Counts is a social media campaign that tells powerful stories about how faith counts — how it inspires, empowers, motivates and comforts — and how faith is invaluable in helping to solve many of society’s problems.