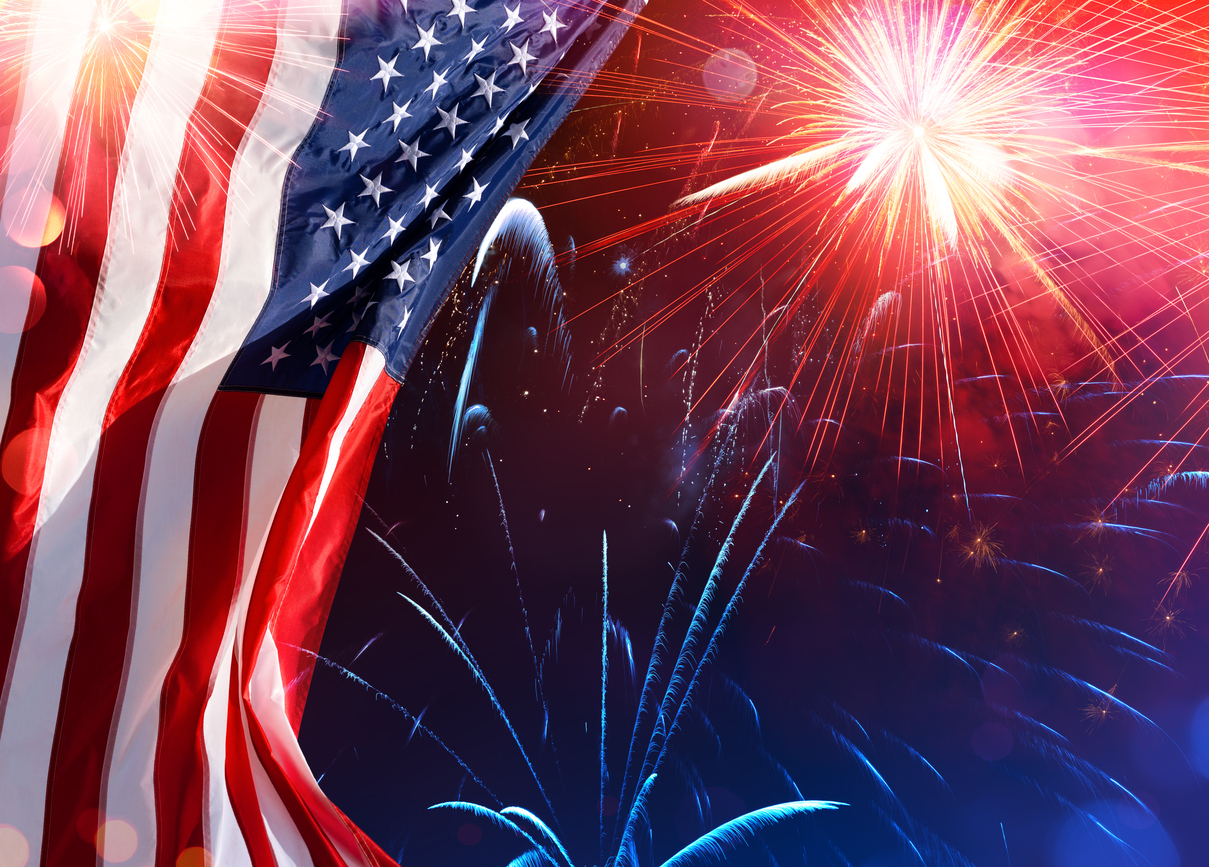 Sitting with my family on a sand dune at the beach in South Haven, Michigan, with Gatorade in one hand, glow stick in the other, I watched the 4th of July fireworks display. For 30 minutes we were mesmerized by the awesome and reverberating sound of the shells exploding, revealing their colorful display. Sitting there I couldn't help but be thankful. This is America the beautiful, and for now, home of the free and the brave.

I wondered, as one of the shells exploded revealing a smiley face in the sky, what it might have been like to be Francis Key, watching from the water, as the British bombarded Fort McHenry in Baltimore. Standing on the deck of the ship, Surprise, sometimes in heavy rain, Key and his friend John Skinner, watched, hoping and praying for America's successful defense of the fort, the port, and the city. The White House and the U.S. Capitol buildings had already been burned. Would Baltimore be next?

Then, as the rain stopped, and the sun began to rise, I imagine that Key peered intently for the first glimpse of the flag flying over the fort. Somewhere in the midst of that pre-dawn twilight, Key saw it. The 15-star and 15-stripe, 42-foot-long flag that had been especially commissioned to be big enough that British would see it at great distance, was proudly waving.

Here on the shores of Lake Michigan, my heart was filled with pride for our country, and thanksgiving for the men and women who work to ensure that freedom.

But I am thankful too, for another type of flag. It was the one on a cross that said, "This is the King of the Jews." That cross, that sign, those nails, mark the spot of the greatest victory ever gained in any war. And that victory of Christ guarantees our freedom not just for today, but for eternity.

While the U.S. celebrates its independence, let us Christians celebrate grace and redemption.

—This is adapted from a blog written in 2012 by Benjamin Orian, who recently accepted a call to pastor the Springdale Seventh-day Adventist Church in Arkansas.

The first #DearCoronavirus video went live on social media platforms around the world on March 19, 2020. Initially produced by the Inter-European Division and Trans-European Division communication departments in cooperation with Hope Media Europe, the videos ultimately became a collaborative series of 12 inspirational and poignant messages on a wide variety of COVID-19 relevant topics, with participants from more than 40 countries and several world divisions of the Seventh-day Adventist Church.

Richard O’Ffill, who was instrumental in the founding of the Adventist Development and Relief Agency (ADRA), lost his long battle with Parkinson’s Disease on July 29, 2020, in Orlando, Florida. He was 79.

Through “Hope 2020,” 32 youth and young adults between the ages of 15 and 25 from the Michigan Youth Rush literature evangelism ministry have received training on how to fundraise for mission work and conduct door-to-door literature distribution while exercising precautionary measures regarding COVID-19.

Shortly before graduation, Andrews Academy contacted Emma Hamel, asking to use one of her songs. Hamel informed them that she was in the process of writing a song about the abrupt end of their school year. Initially nervous to share the original piece, she quickly finished up the song and sent it in.  What happened next was beyond her wildest expectation.

The NAD Youth and Young Adult Ministries department started their Momentum (#momentum) series on Tuesday, March 10, 2020. This grew into weekly Sabbath programming, viewed by thousands, that continues to “go strong” through summer. And starting Aug. 1, the “No Backpacks: Back to School” series will feature discussion on mental health and students.