For almost 30 years Chauncey Smith has served as a producer and talent coordinator of Faith For Today’s Lifestyle Magazine television broadcast. Smith started working with the TV show General Hospital and has maintained friendships with many in Hollywood, which in itself is an amazing story. The focus of this interview, however, is to talk about adoption and his book So That’s Who I Am, which chronicles the story of Smith finding his biological family.

Chauncey Smith: We found that there weren’t a lot of books out there on adoption. We did some research and found this was the best way to tell the story because it’s not just about adoption, it’s about blended families. If you come from a blended family, or you’re adopted, it’s not your choice. Decisions were made for you. In a lot of blended families there’s a death or there’s a broken marriage or there’s something that those involved are put into. I wrote the book to help both the adopted person and their families.

We chose third person for several reasons. First, this book is not just about me — it’s about the family. That’s why we used the “Two Families, One Story” tagline. It was important that my sisters wrote a chapter; and both my moms wrote a chapter about their feelings and experiences. Also, there is a chapter about how to find your biological family if you’re adopted, including the do’s and the don’ts. And because I am Adventist, I wanted to tell about the love of Jesus but not push the love of Jesus on people.

What about writing in a nonchronological way? 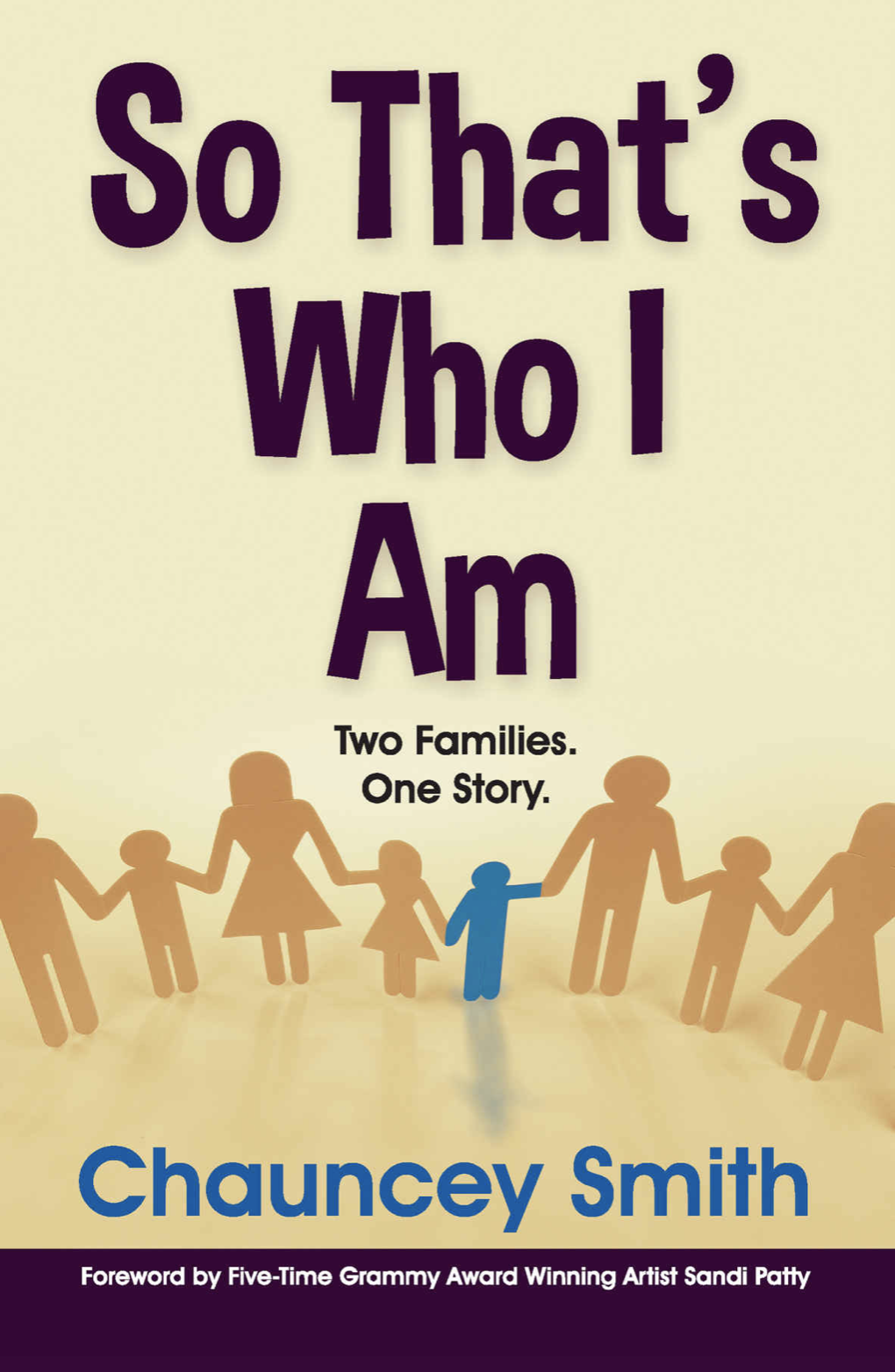 This book has been available for a few years. How has it been received?

So far, so good! We have found that people are discovering they’re not alone. A lot of people love the chapters that each mom wrote, because, in adoption, there’s always a mom who gave away a child and a mom who took a child. To understand what they were going through at that time and to see that they each were a part of the story makes this book different — and also helpful.

The other chapter readers have said they like is the one outlining the do’s and the don’ts of searching for biological parents. Everyone has a right to their privacy, but a person also has a right medically, mentally, and physically to find out about themselves. A person has to try to find that balance between privacy and a right to know where they came from. There are right and wrong ways to go about it.

You were able to find a happy ending, but that doesn’t always happen. And the process itself can be discouraging.

It is an absolute roller coaster ride filled with emotions that you sometimes can’t describe.

We know what it feels like to attend a wedding, a funeral, or a graduation. We’re used to those kind of emotions. But to find someone who you look like and sound like and have the same mannerisms — you miss those things when you’re adopted. Why do I like bananas with hot sauce—or something weird like this—you wonder, Is there someone else out there who likes the same things?

My parents told us (my sister and me) that we were adopted. They adopted me; years later they adopted my sister; then years later they had my brother. They believed that my sister and I might feel there were parts of our puzzle missing so they always encouraged us, saying they would help us find our biological families. I never thought I needed to since I was very happy and content. It wasn’t until adulthood, when a friend of mine started digging, that I realized I did have issues that I’d buried, put out of my mind, and that I actually did need to know.

My friend Bina was going through a divorce and wanted something to do to keep her mind off herself, so when she asked I said, "Go for it."

I started to realize all the times growing up where someone would say, “Oh, you look like your dad,” or “How much you looked like my mom,” and that, well, I actually didn’t. I couldn’t. Growing up, I didn’t think much of it. Then when they had my brother, their biological child, every time someone would say how much my brother was like my dad, my sister and I would try to ignore it.

What did the roller coaster ride, and ultimate relationship building, mean for you?

Once I reached out to my “bio mom,” and she had time to process things, the relationship grew. My parents called my mom’s four daughters, my sisters, their North Carolina daughters. And those kids called my parents their California parents. A relationship really grew. God brought us all together. You could see His handprint all over this entire journey.

But the very first thing I inherited was abandonment, because here’s this young woman who gave birth to me, but never touched me. Never held me. Never looked at me. She says she didn’t because she knew if she did, she couldn’t give me away. But eventually God brought us together, and I feel whole, accepted.

One of the strongest things that the Lord did for me occurred when I was on the plane going to see my biological mom for the first time. We landed, and I was a nervous wreck. The young woman next to me kept wondering, What is going on? I told her the story. She started crying. People around us started crying. She had a video camera and taped me — I wanted to get everything I possibly could on film. I stood up on the plane, but I didn’t move. I prayed, “OK, God, don’t be subtle. Push. I need the burning bush. Push.” And, there is no other way to describe it, He pushed me off that plane. That was just one instance in which I felt the love of God keenly during the experience.

November is National Adoption Month in the U.S. What do you want people to know about adoption? What can they learn from your story?

It’s important that there’s a month to celebrate adoption. We adoptees are out there.

There is still a need for children to find loving homes—the world needs to take note of that. This is adoption month, a [good time to] bring awareness, start conversations, offer help, and celebrate adoption.

I highly recommend not finding/searching out your biological parents as a teenager. It’s too emotional. It’s a roller coaster of emotions—and you have to be prepared to be rejected again. I was rejected and still am rejected by my biological father. I have a brother and two sisters from my dad’s side that don’t even want to know who I am. They don’t want any contact. In my experience there’s all this joy and also the feelings of being rejected again.

One more thing: I try hard to not say “step” or “half.” Although no one means harm, using these qualifiers does put people into different categories. Jesus doesn’t put us in separate categories. We are all in this — with Him we are all equal. We are all chosen, we are all loved. So let’s be like Jesus.

Click here for more information on the book, So That’s Who I Am.