Esther R. Knott, Associate Director for the NAD Ministerial Department, is the newly appointed Director for the InMinistry Center at Andrews University, Seventh-day Adventist Theological Seminary. In her new role, Esther will direct the division’s efforts to support local conferences in building a comprehensive, sustainable continuing education system for pastors, with similar standing and expectations that are required of professionals in other fields. Esther’s previous focus, since 2009 has been on initiating division-wide special projects and providing support and professional development to more than 100 Adventist women clergy employed in various capacities across the Division.

Knott has been a pastor for more than 28 years. She has served as campus chaplain at Broadview Academy and Andrews University. From 1987 to 1990 she was the director of the NAD Education department’s Harvest 90 Education Project, where she developed a curriculum for teachers to use in educating Adventist K-12 students about early Adventist leaders and the history of Adventism.  From 1990 to 1997 she was associate pastor at Sligo Church in Takoma Park, Maryland. There she encouraged evangelism, small group Bible study, and faithful stewardship. Esther also established and led the church’s women’s ministries program and for many years served as the minister of worship.

In 1997 Knott joined the staff at Pioneer Memorial Church at Andrews University, where for the last 16 years she has focused on congregational nurture, discipleship, small groups, personal evangelism and community engagement. This year, she and Dwight Nelson, senior pastor, along with the staff, launched a major initiative to move Pioneer into a strong small group model for intentional discipleship. In the first semester of the program, more than 800 members were involved weekly in small groups. “We as a university congregation have been especially blessed with Esther’s creative leadership,” Nelson said. “Her passion for ministry and soul-winning and her devotion to God have kept her on the cutting edge of pastoring, and I know she will significantly impact the new team she is joining. We will miss her!” Working with a team from Pioneer and AdventSource, Knott was a lead developer of Contagious Adventist, a new seminar that helps Adventists learn to recognize and create contagious Adventist moments where they can naturally introduce specific Adventist teachings to other Christians. Knott has also been very active in developing strong relationships with various organizations and agencies and leaders in the surrounding community through her involvement with Rotary, Big Brothers/Sisters, and Christian Worlds Services’ CROP Hunger Walk. 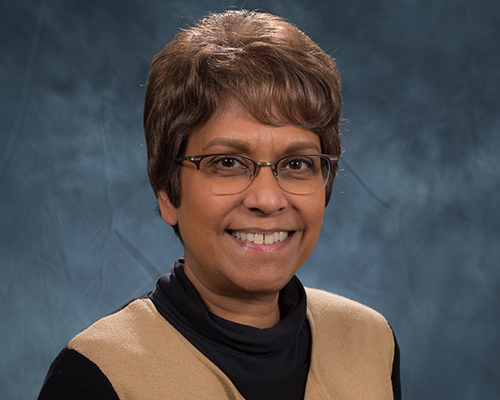