The Seventh-day Adventist Church in Tanzania gained more than 15,000 new members after a recent revival conducted by Carlton Byrd, speaker/director of the Breath of Life television ministry.

“This revival is another testament to God’s miraculous power!” remarked Byrd. “The Spirit of God knows no limits and reaches far beyond our ability and imagination. This revival far exceeded what I could’ve ever imagined was possible. I am very grateful for what God has done.”

The evangelistic effort was a joint venture between the North Tanzanian Union, Hope Channel, Morning Star Radio, lay organizations such as the Association of Tanzanian Adventist Professionals and Entrepreneurs (ATAPE), and the Tanzanian Adventists in the United States (TAUS).

The collaboration in Tanzania began in 2019 with camp meetings and revivals on the site designated for the Breath of Life Revival. In the week leading up to the revival, a health clinic provided free health services to Chato and surrounding area residents.

The Breath of Life nightly meetings were broadcast via internet livestream, TV, and radio to more than 3,000 satellite locations across the country. The ministry team included sign language interpreters and Swahili translators (French was available for listeners with audio devices).

Miracles at the Lake

At the first baptism ceremony, 256 people were baptized at the Chato location. Anxious new believers walked to a nearby lake that was home to many alligators. Safety nets had been placed in the water and lookouts stationed alongside. Undeterred by the danger, the new believers lined up and waited to be baptized. Then, a miracle occurred.

The following Monday, baptism reports were continuing to stream in from the satellite locations around Tanzania. With approximately 3,700 locations reporting from all across the country, and many locations in underdeveloped areas, communication could be difficult. Nevertheless, the people kept coming to be baptized, and kept responding to the Word of God and the good news of Jesus Christ’s soon return.

The revival utilized the theme “Mungu Kwanza,” which means “God First” in Swahili. That theme served as a reminder for even the revival organizers that, when God is first, nothing is impossible.

The God First Revival also marked another “first.” Revival organizers established the 20th Breath of Life Seventh-day Adventist church in the world, and the first Breath of Life church on the continent of Africa.

Final results are still pouring in, but as of Monday, March 9, the total number of baptisms from this evangelistic effort is 15,124. 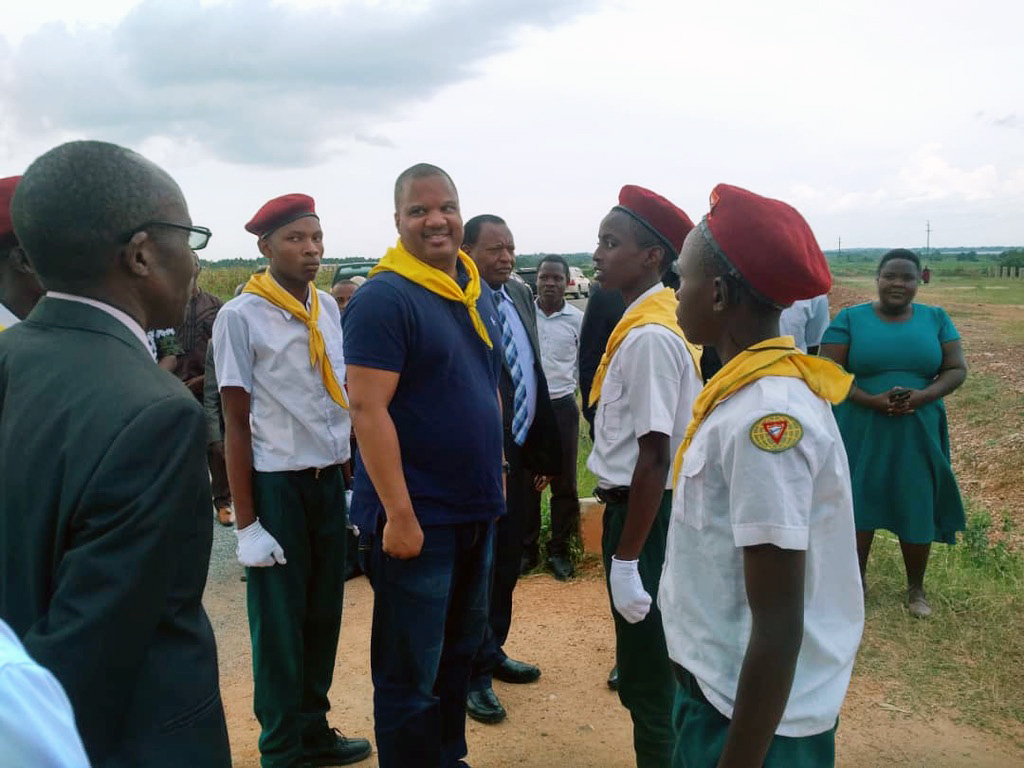 In addition to the revival and health clinic, the Huntsville, Alabama-based Global Vessels Inc. came to visit the orphanage they had helped establish. Global Vessels has conducted numerous mission projects in Tanzania in recent years, and plans to return this summer to renovate the orphanage and help build the new Breath of Life church building.

Michael Mwasumbi, president of the TAUS, reflected on the entire effort, saying, “The fact that this was done in a small town proves that technology works. It also shows that the people are ready and willing to respond to the Word. … I’ve never seen anything like this before.”

The response of this many thousands of new believers serves as a stark reminder of the day of Pentecost, when Peter stood before the people and reminded them that “…it shall come to pass in the last days, says God, That I will pour out of My Spirit on all flesh…” (Acts 2:17, NKJV).

Our prayer is that God would continue to pour out His Spirit on all of us and that we, too, would put God first!

On Sept. 27, 2022, the Oakwood Adventist Academy’s case against the Alabama High School Athletic Association (AHSSA) was resolved with a promise by AHSAA that moving forward it would reschedule all games that conflict with the Sabbath. OAA brought the suit against AHSSA this past spring after OAA was unable to play in the AHSAA state tournament for basketball in February.

They Need to Know

I’ve been truly blessed that the pastors in my life have been committed, caring reflections of God’s love. They have not been perfect, but I’ve seen God in and through them. And in this appreciation month in particular I am grateful.

Excelencia in Education, the nation’s premier authority in efforts accelerating Latino student success in higher education, announced today that Southwestern Adventist University has chosen to be part of the Presidents for Latino Student Success network. This national network is comprised of college and university presidents and chancellors who commit to making their institutions learning environments where Latino students thrive. The institutions in Excelencia’s network are transforming higher education.

With more than 640 students participating, this year’s freshman service day on Aug. 18 was the biggest Southern Adventist University has held so far. The incoming class is the third largest in the school’s 130-year history and the largest since the annual event began.

In the summer of 2022, central Ohio churches of the Allegheny West Conference of Seventh-day Adventists, challenged their congregations to a public evangelism effort. Churches invited members from their local communities to participate in a city-wide Bible study. Congregations united to host a series of giveaways and community events at multiple locations. This outreach led to Impact Columbus – Sharing Hope Revival, a 15-day evangelistic campaign from August 20 to September 10, 2022.