Armando Miranda Jr is a Pathfinder at heart! He was born and raised in Mexico. He comes from a ministerial home where He learned to love ministry in all its ways. But It was in High School when He got inspired to become a youth pastor. He graduated from Southwestern Adventist University with a BS in Theology, during his college years he developed a stronger interest in working with youth, he worked in the Nameless Valley Summer Camp in Texas an also as a Volunteer Youth Pastor at the Alvarado Church in Alvarado, Texas.

His first assignment as a pastor was at the Central del Valle Church in McAllen, TX. His ministry was focused in ministering to the Youth. Knowing the impact that Club Ministries has in a church, he provided strong support to the leaders so that the the Maranatha Pathfinder club could grow to its full potential. After one year in service, he got married to Karen de la Fuente and together continued to serve for another year before he was sent study a Master’s degree in Divinity at Andrews University, where he graduated in the winter of 2007.

He received a call to serve as a Senior Pastor for the Brownsville and San Benito Church, where he pastored for three years. He has always believed that club ministries are a powerful ministry to invigorate churches, so he reestablished the Pathfinder Club that had been non existent for at least 7 years. While pastoring in that district, he was asked to become the Youth coordinator for the South Texas Valley area, where he planned and helped to bring back the Camp meeting weekend with a strong emphasis in uniting all the youth with special programs and activities for them.

While at the Texas Conference, he was blessed to be the ministry leader for the Club Ministries program of the Conference. He enjoyed working with committed Adventurer, Pathfinder and Master Guide leaders in all their area campouts, Conference camporees, trainings and leadership councils.

He has been happily married to Karen for since 2004, and they share the joy of being the parents of three beautiful and active children, Samuel, Andre, and Juliette.

Being in a local church taught him the challenges and the relevance of club ministries in the life of a church, and also as a great environment to establish a closer relationship with young people. Being at the local Conference helped him to learn from experienced leaders, to collaborate with different people from different backgrounds, and it helped his leadership to grow.

There are many lessons that he has learned through ministry and these are a few:

His vision is for all young people to come to a knowledge of Christ and to be ready for when He comes a second time. 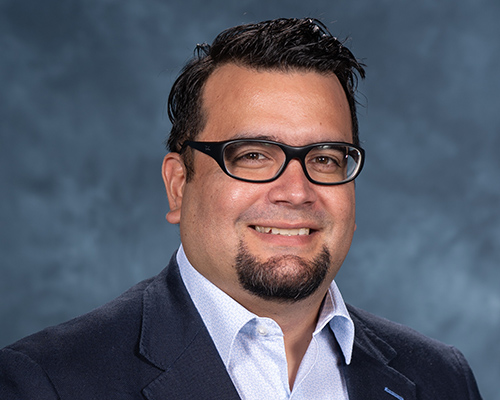